Today's entry in my excerpt a day challenge to myself is from Ripples. I'm midway through a total rewrite with major plot changes . . .but I'm pretty sure this part stays. 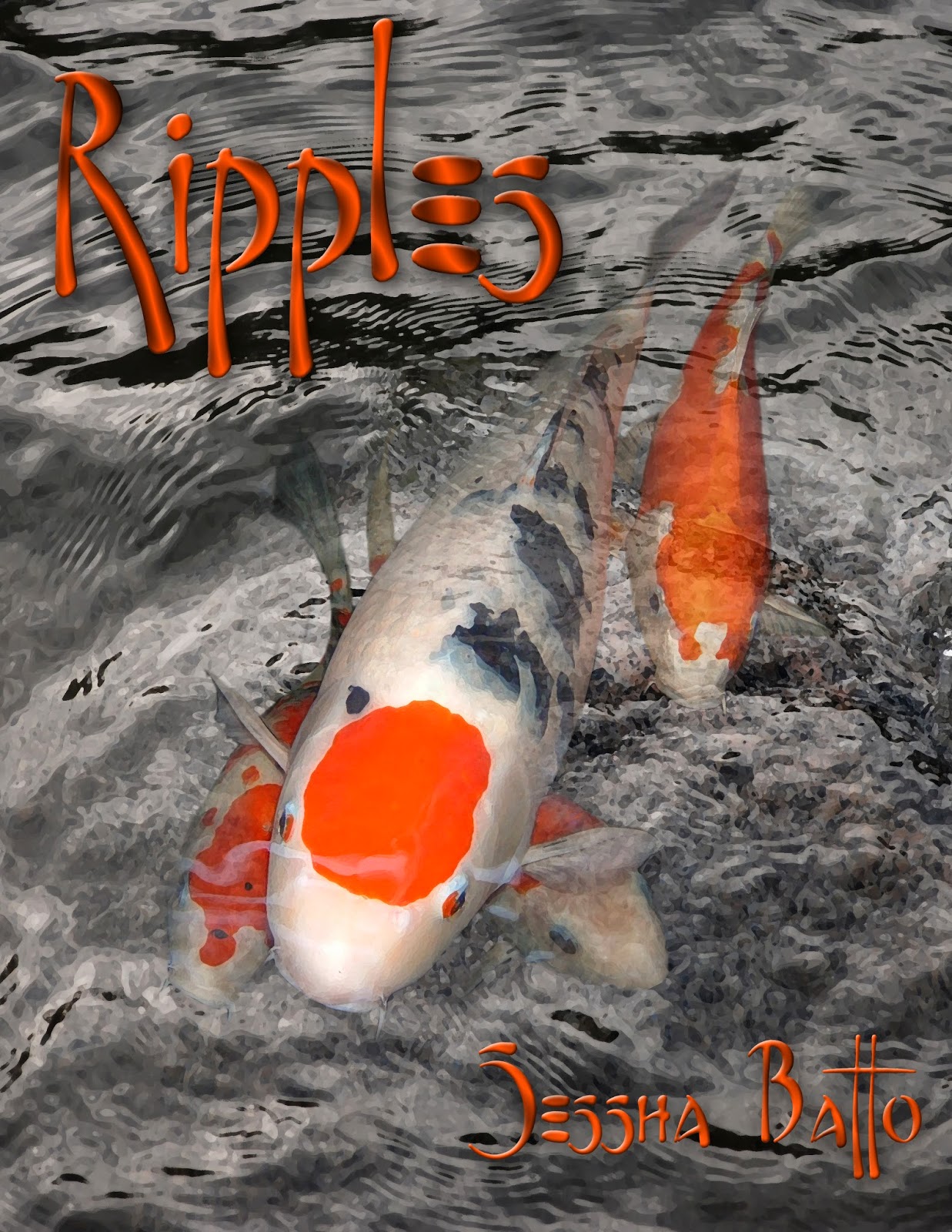 Makoto looked over at his slumbering husband with a frown. Even from halfway across the yard he could see how thin the other man was. Pi'natsu had even come to him and asked him to intervene, explaining how worried the pack was about their master. He had soothed the wolves as best he could, but inside he shared their concern. The last six months had aged the shadow wolf ten years and the interrogator worried he didn't have much time left.
“Sweetheart, wake up, it’s time for dinner,” he whispered as he gently shook a bony shoulder.
“Hmmm, what time is it?” Yoshi rasped hoarsely as he slowly stretched, reluctantly pulling himself from the cocoon of sleep and into the real world.
“Almost six,” the interrogator rumbled. “Dinner’s on the table, otherwise I would have let you sleep.”
“I’ll sleep when I’m dead,” the shadow wolf assured him. “It smells delicious.”
“Don’t say things like that,” Makoto scolded, arms folded across his chest.
“What? It does smell good, I’m hungry.” Yoshi retorted as he stood and headed towards the house.
“Stop.” The interrogator caught a thin wrist in his large hand and pulled the shadow wolf into his arms. “You know what I mean, don’t joke about your death. It hurts to think you’d leave me so easily.”
“I’m sorry. I didn’t mean to upset you. I didn’t mean anything by it.” Yoshi kissed the scar running across his husband’s cheek before heading into the house, leaving the interrogator to stare pensively after him.