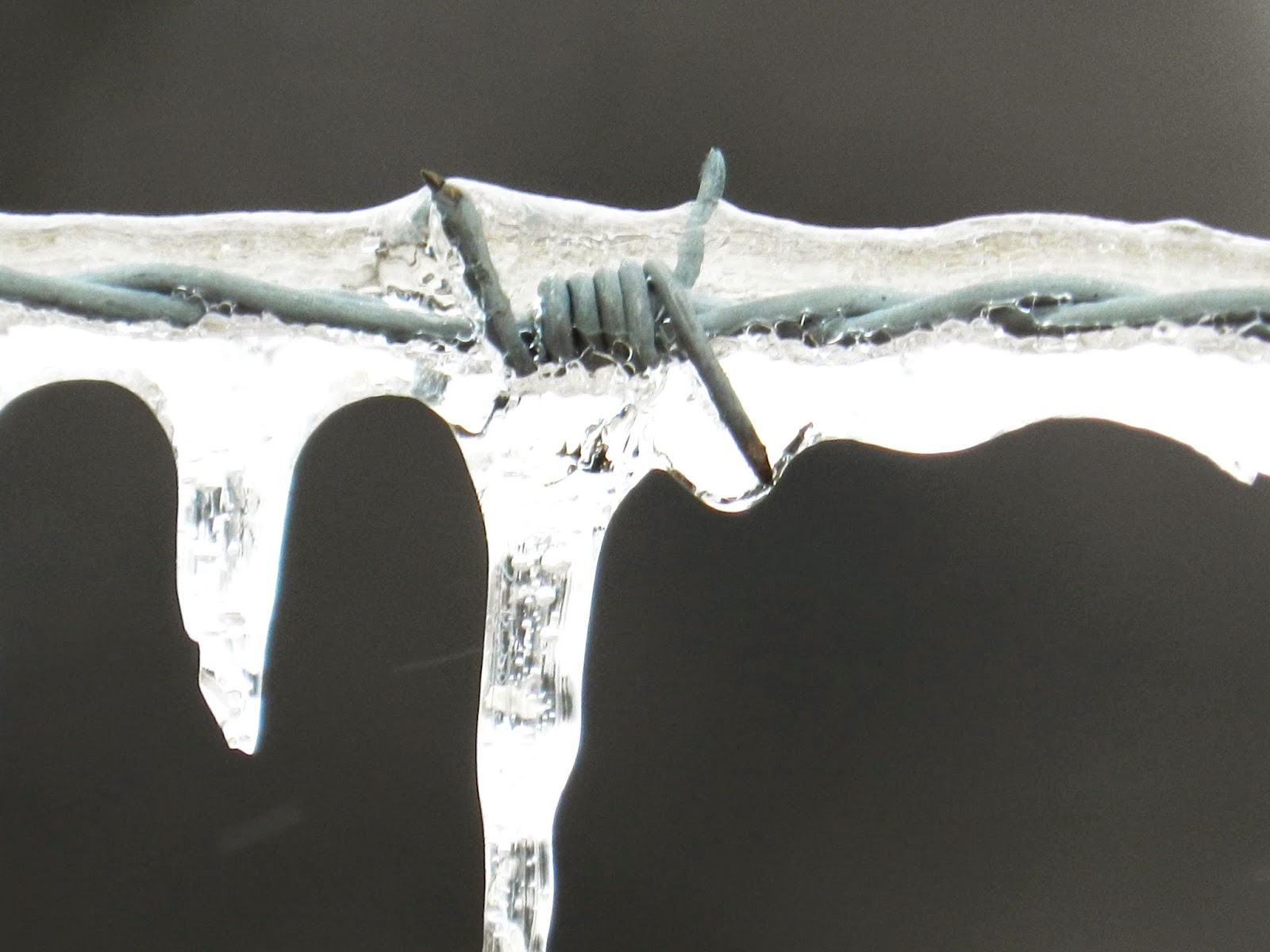 Lately I have found myself unable to force the words out of my brain and onto the page. I have deadlines to meet, I have first drafts and rewrites mouldering away in limbo. The words are in my head . . .but I can't seem to get them down on the page. The minute I sit down at the computer they flee and hide. I'm looking for advice. Any tricks or tips to channel all those words out of my scattered mind would be greatly appreciated. So, give it your best shot. Any and all suggestions will be gratefully accepted and, at least, attempted!!
Posted by Sessha Batto at 8:23 AM 5 comments:

A short piece from my anthology Sex Ray Specs 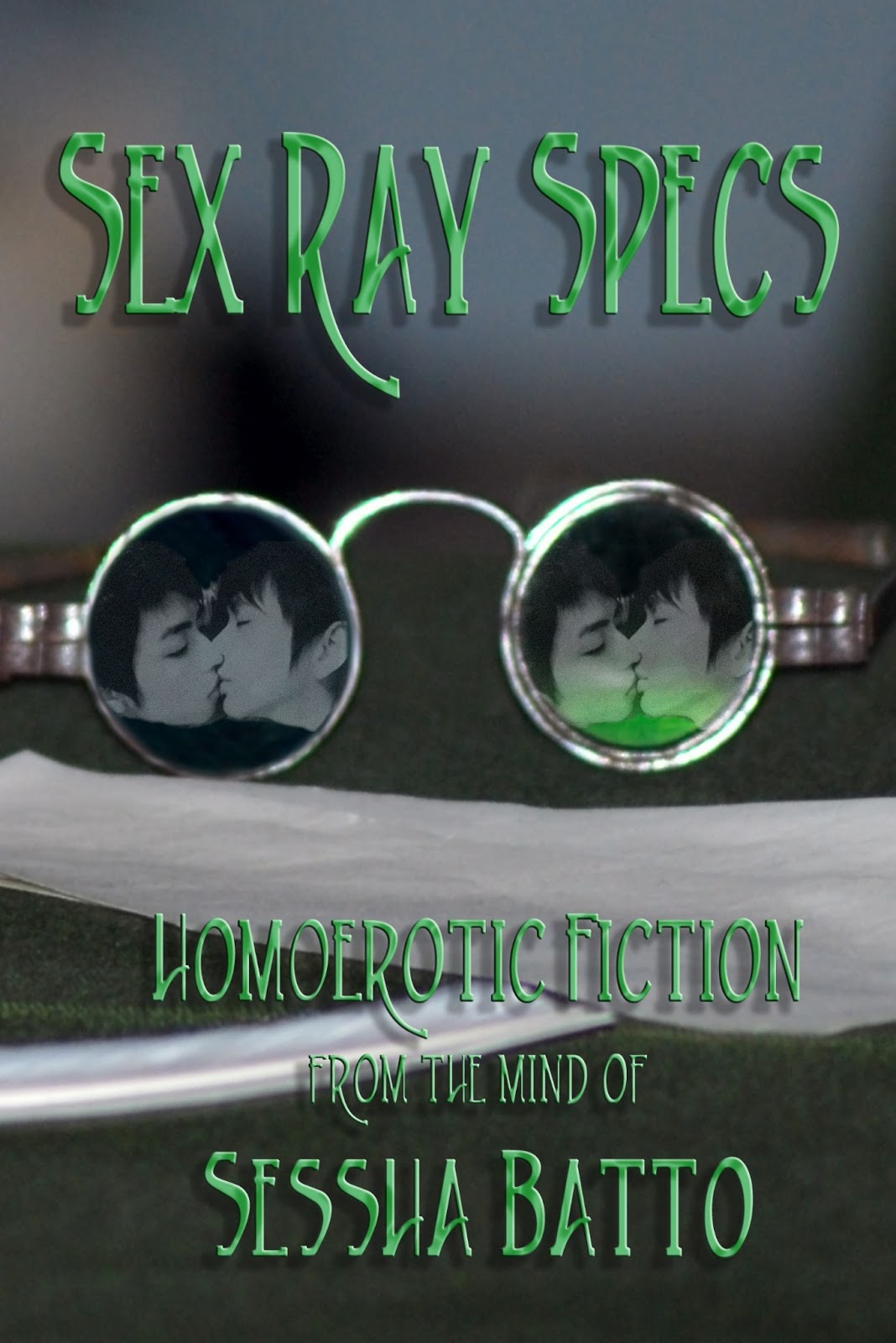 I generally don't mention it, but I suffer from OCD. Normally, I would say I have a good handle on it. Decades of experience have left me able to cope with most situations. Yes, I do space out and count. Yes, I do obsessively arrange things given the chance. Usually, though, I am able to push through and do what needs to be done. This time, however, I may have bitten off more than I can chew. It sounded like a good idea. The hubs and I have had a waterbed for the last thirty years. Lately, however, it has become less comfortable for me, and hard to get in and out of. So I splurged and bought an adjustable gel-foam mattress bed. My son and his girlfriend are ecstatic - they get to abandon my college futon and take over the waterbed (and I am going to miss those storage drawers in the base, believe me). All seemed good . . .until the day the changeover started. Suddenly my living room is piled high with bins and boxes of the kids' stuff, not to mention the new mattresses and foundation. In other words, you can't move five inches! My room is torn asunder, stuff piled willy nilly without a home (and that is really driving me crazy), cats into everything!! I should be working on my next short story for the hot-off, I should be getting ready for my trip to Vegas on Saturday . . .but, instead, I am counting and tapping and worrying that I may never again have a place to rest my weary head! 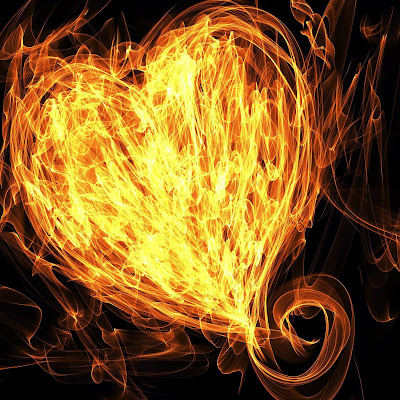 So, to offset my extended whining and further distract myself - here is my first round winning short from the Hot-Off.  Enjoy!

Bad enough his destination was on the 26th floor, forcing him to take the elevator. That it was one of the glass walled models only increased the churning pool of dread in his stomach. Don't look, don't look, it's perfectly safe. The refrain drummed through his brain, dissolving into meaningless babble. Eyes squeezed shut, he studiously ignored the bodies pushing past him as they came and went on the slow crawl upwards. Nearly there. An arm brushed his and the death box ground to a halt.
“You don't like elevators.” The soft voice in his ear startled him out of his rising panic. “I think I can help you with that.” A firm hand grasped the back of his neck, pinning him in place against the cool metal of the door.
He was torn between submission and outrage when his pants were unfastened and tugged down, leaving his ass bared to the world below. “Are you worried they can see you?” He drank in the comforting scent of smoke and pine, echoes of bonfires and wide open spaces. “But you like it. You're already hard for me.”
The only sounds were the rasp of a zipper and his gasps for air. He was unwilling to examine whether his breathlessness was due to fear or excitement. The stretch and burn of penetration only made him harder, his cock painting sticky trails of precum across the shiny metal. “Hands behind your head, no touching.” The pressure on his neck eased as he followed instructions. And then the cock inside him began to move. Hard and insistent, it drove all thought from his mind. “Sorry to rush, but if we stay still for too long someone will come and investigate. I'm sure you don't want that.” That thought, coupled with the unerring brushes of his prostate had him teetering on the edge.
Sharp teeth latched onto the sensitive juncture of neck and shoulder and he was undone, cum painting abstract patterns on brushed aluminum. The answering rush of warmth deep inside brought the first smile to his face. The softening cock withdrew, only to be replaced with the unyielding hardness of a plug. “It wouldn't do to have you leaking all afternoon. Besides, I like the idea of my cum inside you.”
“No peeking.” The elevator once more began to move. “Don't forget to clean up your mess” The door slid open and a large body brushed past. “Same time next week in the sky tower north elevator. And don't worry, we'll soon have you past this little problem of yours.”
The door slid shut, leaving only a parting echo. “See you at home. I'll pick up Chinese.”

Come the Dark by Rebecca Hamilton

Thanks for stopping by to view this quick announcement on Rebecca Hamilton's latest release, COME, THE DARK, book 2 in the Forever Girl series. Although this book is the second in the series, it is a complete standalone following a completely new set of characters. And you can grab your copy today for only $0.99! Still apprehensive about reading the second book in a series? Well, you can grab the prequel, HER SWEETEST DOWNFALL, off kindle--Always Free--and on January 9th, THE FOREVER GIRL will be free also, for the first time ever! Worried you might forget the date? Join the mailing list using the option on the Rafflecopter below and you'll receive a reminder on January 9th to download your free copy anytime between January 9th and 13th!

Rose desperately wants to escape the abuse of the father who impregnated her and the dark spirits that haunt her life. Being thrust from Georgia 1961 into the era of Salem’s infamous witch trials isn’t what she had in mind, and now her daughter is left hopelessly out of reach.

The only way to return to her daughter is by facing certain death to banish the dark spirits that plague Salem. If she doesn’t eliminate these dark spirits in time, they will destroy civilization and trap her in this strange new place, ages away from her daughter.

Even if she can complete the task in time to return home to save her daughter, there’s still one problem: she’s falling in love with a man who can’t return with her. Achieving her goals will force her to choose between the only man who has never betrayed her and a daughter she can’t quite remember but will never forget.

A heart-wrenching tale of a mother’s love for her daughter, this romantic paranormal fantasy underlines the depravity of both historical and modern society while capturing the essence of sacrifice and devotion.

TRIGGER WARNING: This book deals with the sensitive subject of sexual abuse.

At twenty-two, practicing Wiccan Sophia Parsons is scratching out a living waiting tables in her Rocky Mountain hometown, a pariah after a string of unsolved murders with only one thing in common: her.

Sophia can imagine lots of ways to improve her life, but she'd settle for just getting rid of the buzzing noise in her head. When the spell she casts goes wrong, the static turns into voices. Her personal demons get company, and the newcomers are dangerous. One of them is a man named Charles, who Sophia falls for despite her better judgment. He has connections that might help her unveil the mystery surrounding her ancestor's hanging, but she gets more than she bargains for when she finally decides to trust him. The Forever Girl is a full-length Paranormal Fantasy novel that will appeal to lovers of paranormal romance, urban fantasy, witches, vampires, ghosts, paranormal mystery, and paranormal horror.

Rebecca Hamilton is a USA Today Bestselling Paranormal Fantasy author who also dabbles in Horror and Literary Fiction. She lives in Florida with her husband and four kids. She enjoys dancing with her kids to television show theme songs and would love the beach if it weren’t for the sand. Having a child diagnosed with autism has inspired her to illuminate the world through the eyes of characters who see things differently. She is represented by Rossano Trentin of TZLA and has been published internationally, in three languages. You can follow her on twitter @InkMuse

What is a Forever Girl?

Thanks for stopping by!

The year of the sheep is upon us. After the absolute disaster that was 2014, I have decided to do things a bit differently in 2015. First and foremost, writing need as to stay my priority. Going back and forth across the country every couple weeks has wreaked hell with my discipline so a decided to *gasp* try setting up a schedule. Not just for writing, either. My days include slots for my morning sword practice, social media, writing, learning the cello, working around the house an even reading. Of course, half the time I won't have a cello, a sword OR decent internet, so I may actually finish some things that have been hanging around for far too long. 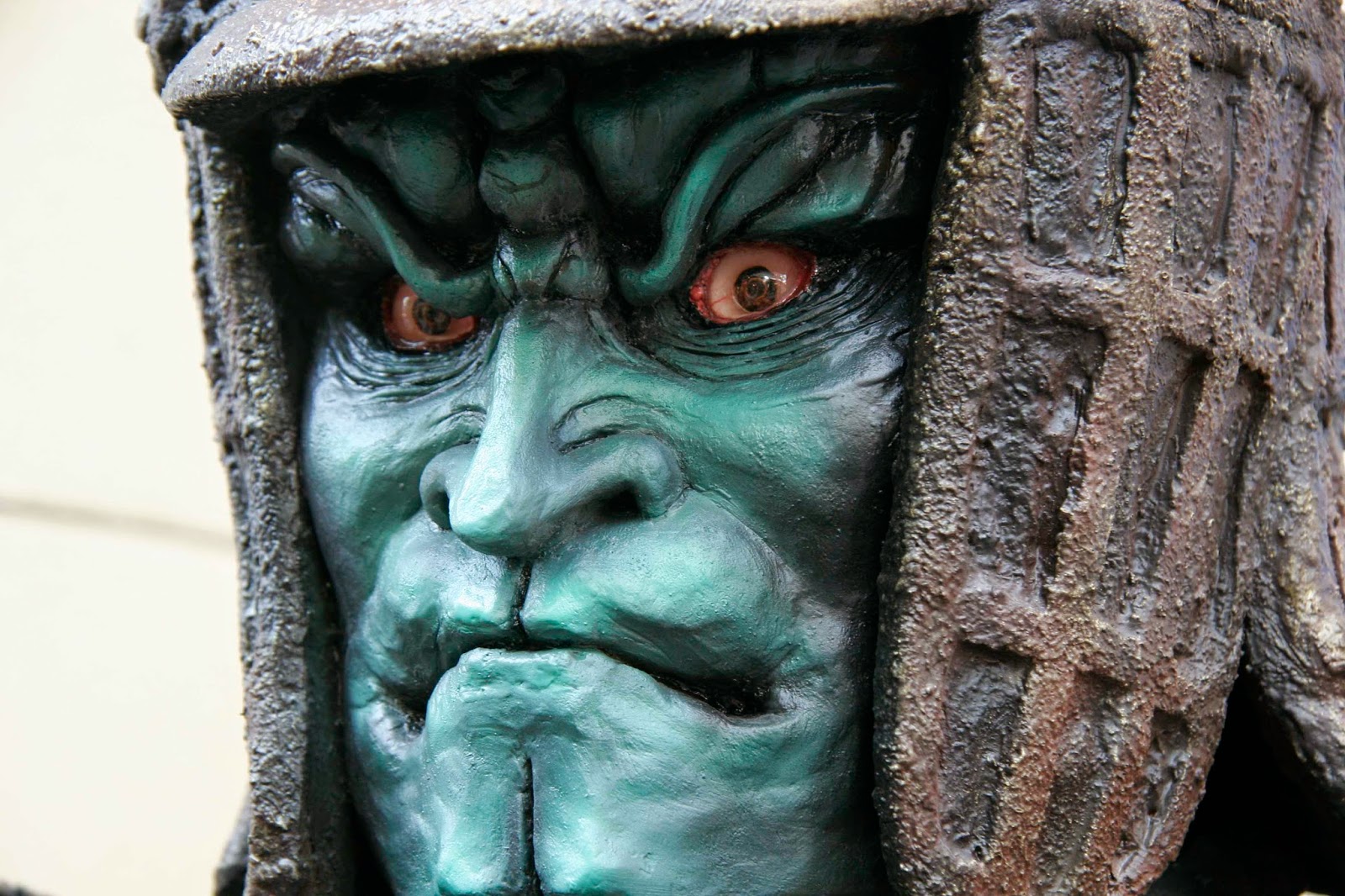 So, do you have any resolutions for this brand spanking new year?
Posted by Sessha Batto at 12:39 PM 1 comment:

First of all, Akemashite Omedetou! I hope the year of the sheep is a wonderful one for us all! Today is the day of firsts - first sunrise, first practice, first chance at starting the year off in the direction I want it to go. To that end I have decided that I need a rigid schedule. . .too much freedom lets my inner procrastinator take over. I have not traditionally been big on schedules, the little rebellious voice inside me whispers that I could just achieve so much more in my own time. Sadly, that little voice is a liar. Too much freedom just lets me delay all the things that need doing but aren't fun (rewrites anyone?). So, for the rest of 2015, I am giving the opposite approach a try and scheduling everything - social media, writing, research, exercise, even learning to play the cello and chauffeuring the teens about town. I don't know if it will make me more efficient, or thrust me into the depths of despair. It will be an adventure in a house full of free spirits, though! 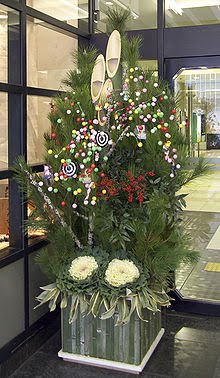 How about you? What writing resolutions are you making making this year? Are big changes on your horizon or are you happy with the track you are already on?


Posted by Sessha Batto at 7:03 AM No comments: