To write erotica . . .or not to write, that is the question 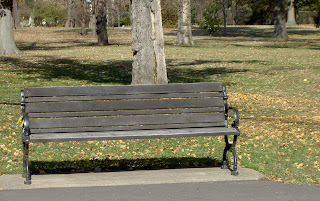 This has been an up and down week for me. I have spent a great deal of time thinking about writing (I know, writers write, they don't think about writing) and, more pointedly, thinking about what I write. It was triggered by a series of marvelous, thoughtful, posts by erotic writers I admire - Remittance Girl delved into the history of erotica and what it has evolved into, Tamsin Flowers wondered if E.L. James has broken the genre irrevocably, and finally Malin James delved into her reasons for writing about sex. If you haven't read these articles, take some time to do so as all the authors are far more eloquent than I shall ever be.

The bottom line, though, is I have been rethinking whether or not I should continue writing . . .well, publishing. Writing will always happen, if only to get the voices out of my head. The question, of course, is whether there is any point to writing erotica that is more than a series of strung together sex scenes. Erotica divorced from romance (although not necessarily love - romance is a very specific subset of tropes and requirements that I, for one, cannot fit my stories into). Erotica that frequently strays to the dark side - non-consent, dubious consent, conflicted choices, and the results of those acts. For me, it comes down to two questions - is the sexual content in my work relevant or sandwiched in merely to titillate without advancing the characters or the plot, and would I be better off writing more mainstream fiction with a chance of reaching a wider audience?

Only one person can decide whether or not sex is relevant in a piece of literature, and that is the author. You may like or dislike a piece, but only the author knows the story they are trying to tell. Whether it succeeds or fails is always a matter of debate. Art is, after all, subjective. I definitely don't believe anyone has the right to censor an author's choices, no matter how offensive they may find them. Yes, there are things I find offensive (seriously, there are . . . just not much), and I exercise my right to choose not to read those topics. Once you allow censorship it opens a dangerous door, who knows what will next be considered inappropriate? I certainly don't want my writing constrained by any limits other than my own.

Since relevance is in the eye of the author, all I can really consider is why I think sex is an essential aspect of my own writing. Now, before you start screaming about 'the children, the children' – nothing I'm going to say is intended for anyone under eighteen, although, frankly, I don't have any problem with children reading about sex. I live in a city full of pregnant teenagers and, believe me, they did not have sex because of something they read. That honor goes to the media that bombards them daily - television, music, advertising, video games, those are the most powerful influences on today's youth.

I should come clean – I write erotica, explicit gay erotica. Before I go any further, let me clarify. I'm talking about sex in all its permutations, from barely consensual sexual torture to tender lovemaking and the entire gamut in between. My only real boundaries are no children and no women. I write about men exclusively because of the wonderful shifts of power and control possible in a same sex relationship . . . and because I love men. No offense to the ladies, but I don't think I could explore the same boundaries of pleasure and pain without seeming overly abusive, and that is at the core of everything I write. Beyond that, there is something wonderfully vulnerable and revealing about a man's decision to relinquish power that doesn't exist for women as they are already powerless in so many situations.

Remember the old ads in the back of comic books for x-ray specs? For me, sex is my x-ray specs. It strips a character down to his core truth and spotlights who they are with far more accuracy than pages of exposition ever could. Sex is the ultimate act of trust. Who we trust, why, and to what extent reveals much of our psyche that we would normally keep hidden. Sex is the catalyst for revealing hidden baggage, all the events and experiences we think are safely buried but which bubble to the surface under pressure. Our kinks highlight our transgressive natures, throwing into clear definition the whys and hows of our alienation from society in general. In short, it's the knife I wield to cut to the truth.

So, can I write anything meaningful without that knife? This is where I flounder, because my way of looking at and shaping characters, my tools for revealing internal conflict, for shaping change, have always been rooted in sex. Would I be able to touch such highs and lows, and would the rewards for such a trade off be worth it? For now, at least, the answer is no. Not that I cannot write non-erotic stories, but, rather, I don't want to. They don't sing to me, and the loss of satisfaction with the work isn't worth the trade off of more readers . . .not to me. I think a lot of writers are struggling with these questions right now. Some will go on to mainstream genre, some will find success. Some will pander to the current erotica trends and will also find their audience. Me . . .I will continue to flounder in no-man's land for the time being, and when floundering becomes too painful, I will stop altogether, because I can't conceive of doing it any other way.
Posted by Sessha Batto at 5:26 AM 9 comments: