We Interrupt Your Regularly Scheduled Programming...

Life (well, pollen) has been kicking my ass the last couple weeks. Every time I sit down at the computer to try and write I either hack up a lung or sneeze a quart of goo all over the keyboard...thus the next chapter in Onna Bugeisha has been delayed by plague. But fear not, I feel semi-human today. Well, as long as I don't breathe too deeply, I think I broke a rib coughing last night :(

To make up for the lack of new chapters I have put my anthology of short fiction, Sex Ray Specs, on sale for just $.99 for a limited time. Not a lot to pay for over 50,000 words and a dozen stories ranging from tender to transgressive. Okay, to be fair, most of them are fairly twisted...I am fairly twisted, so it just makes sense my stories would be as well. 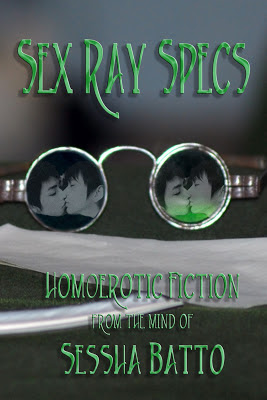 And, to sweeten the pot, I thought I would post a little unpublished snippet of flash fiction, just because I hate not meeting my chapter posting goals.

When the world is quiet and still he comes to me. Tendrils of power drift around him in a graceful, kinetic dance, arcing from his hands to my flesh, burning their way through my synapses, at odds with the frigid bite of his skin. The soft smokey murmur in my ear pins me as certainly as too dark eyes and all thoughts of protest dissipate. He smells of ginger and cloves, sharp, seductive, hypnotic. Glass, stone, metal and bone woven into shaggy locks sing their own melody and I'm drowning under the onslaught, sinking into a place only he can drive me. When the whispers turn dark he dances, twisting and twirling, horns scribing the text into my flesh as the heady tang of copper mingles with spice. Then he smiles, a slight quirk of his lip, the tip of a pink tongue flicking out to taste my fears, my dreams, my essence encoded in my DNA. I would run, I would hide, I would surrender my soul for words of pleasure and pain. The rustle of finished pages, the itch of newly healed flesh, the secret of my success, he follows his own path. As for myself, I live to sleep and dream of my other half, this cruel symbiote without whom I am lost.

And, of course, the sale links...because what is the point of telling you about a sale without giving you the means to get in on it!

Sorry for the delay...real life decided to interfere with my twice a week chapters. So, a bit late, on to Chapter Six. For those who may be just joining us, you can start with Chapter One

Posted by Sessha Batto at 11:20 AM No comments: