My brain is on fire

So, yesterday I posted an excerpt from the work in editing. Today I'm going to switch it up and post a bit from the piece currently burning up my brain and trying to flow out my fingers.

An onna bugeisha is a warrior princess, and the emperor's sister Mai wants nothing more than to be just that. Her brother and his council want her safely married and far away.Thus begins this twisted quadrangle of love and desire set in 16th century Japan. Mai sets her sights on the stoic samurai, Kenshin. Kenshin desires his new apprentice, his master's son Hiroshi. Hiroshi longs for his lover, the cross-dressing actor Jun. And Jun, well he just wants revenge. Duty, honor, love and bloodshed collide in this tale of homoerotic love.

Intrigued? Check out my Pinterest board for some visuals I'm using for inspiration. 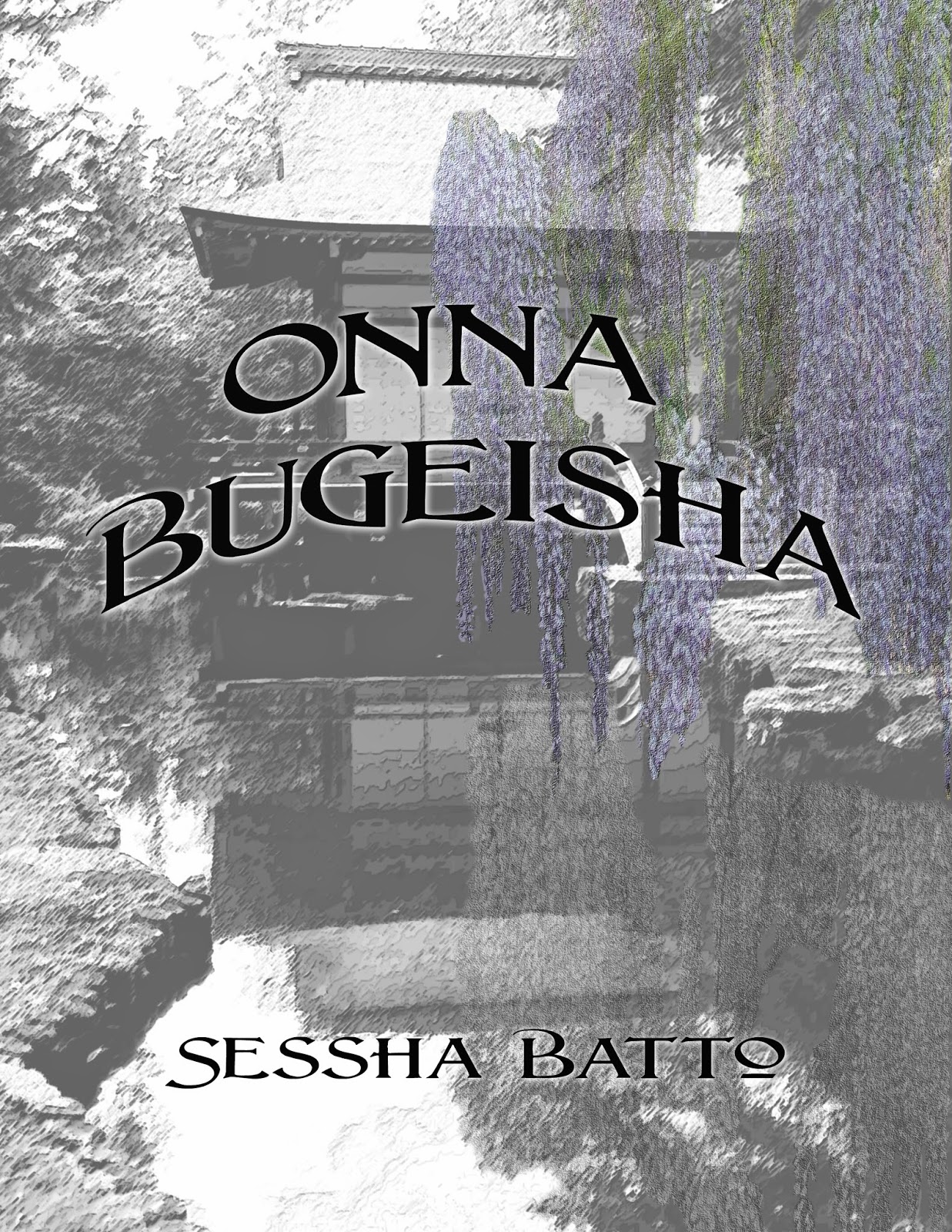 Jun studied his reflection in the small hand mirror, tilting his head from side to side to make sure the illusion was perfect. “How do I look?”
“You look beautiful, as always,” Hiroshi assured him. Indeed, with his makeup applied and dressed in layers of silk Jun could rival any courtesan. “Are you off to the theater, then?”
“No, silly. I'm going with you.”
An icy frisson crept up Hiroshi's spine. Jun might be beautiful, but the thought of passing him off as a woman to his father was one he couldn't contemplate. “That would not be wise. If you are discovered we will both suffer for it. Just wait here for me, I will be back soon.”
“But if he thinks you've found someone he will stop pushing you to marry. I do not wish to lose you to another.” Jun pressed himself against his lover, using all his skill to convince Hiroshi to go along with his plan.
The heady scent of sandalwood and sakura left Hiroshi breathless. It was all he could do to fight the urge to unwrap the layers hiding his lover from view and carry him back to bed. For a moment he was lost in contemplation, picturing that perfect mask smeared across pristine sheets. The consequences of being late to a meeting with his father, though, outweighed his burgeoning erection. “It is impossible. Even if he were to believe your disguise, you lack the pedigree he demands. I will deal with my father. I've managed to evade his matchmaking this long, I'm sure today will be no different.”
Jun's smile slid into a pout. “But I get so lonely when you're away. You wouldn't want me to have to seek another's company.”
“Threatening me isn't going to change my mind.” The blatant manipulation turned regret into anger. “Perhaps it is time I find a more suitable consort.” Hiroshi pushed his lover away to continue dressing, pulling on his heavily embroidered kamishimo and sliding his swords into the proper place. And then he was gone.
The mirror smashed against the wall, followed by an assortment of bottles and boxes as Jun vented his fury on the contents of his dressing table. Rage dissipated and turned to tears. The illusion broke, leaving a weeping mess crumpled in its wake.